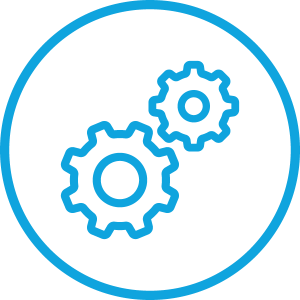 Learn how it works

1. The patented IonFlow Technology generates billions of electrons per second that transform into negative ions.

1. The patented IonFlow Technology generates billions of electrons per second that transform into negative ions.

3. The positively charged collector, which essentially acts like a large magnet, attracts the negatively charged particles down to PM 0.007 and leaves the air clean and healthy.

3. The positively charged collector, which essentially acts like a large magnet, attracts the negatively charged particles down to PM 0.007 and leaves the air clean and healthy.

How it works in detail

LightAir IonFlow air purifier generates from the three corona needles billions of electrons per second that transforms into negative ions when they come in contact with the oxygen molecules in the air. The production of electrons results in a concentration of more than 250.000 negative ions per cm3 measured from one meter distance, which is, as far as we know, more than any other ionizing air purifier has ever attained before without serious side effects such as generation of unhealthy levels of ozone.

The LightAir IonFlow Technology uses two pole ionizing technique. By using 110V or 220V and very low strength of current 50 mA and an effect of only 7W the technology is capable through a cascade of diodes and capacitors to accelerate an extremely high voltage of more than 200.000 eV. This enables the extremely high production of several billion electrons per second, meaning several billion negative ions per second. Consequently the particle reduction is massive as the number of ions produced at a certain time corresponds to number of particles charged and collected in a certain time.

The enormous production of ions makes it possible to effectively distribute the negative charge into all corners of a room, which means that the air in the entire room will be cleaned from particles not only the air closest to the device.

The negative ions attach to the positively charged pollution particles in the air, such as from dust, pollen allergens, smoke, car fumes, pat dander, bacteria, mould, viruses etc. It is especially effective in removing the smallest particles in the air, usually referred to as fine particles. These are considered the most hazardous to our health. The collector will be covered by particles and slowly change color as it becomes more and more dirty. When necessary, the collector can easily be removed and washed clean in water and washing-up liquid. Larger clusters of particles will fall to the floor before being removed by regular vacuum cleaning.